Cho to present music of Scriabin in SFA concert 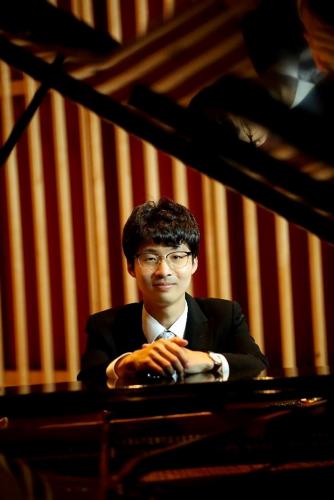 
NACOGDOCHES, Texas – The School of Music at Stephen F. Austin State University will present guest pianist Sung-Soo Cho in a recital at 7:30 p.m. Thursday, Oct. 6, in Cole Concert Hall on the SFA campus.

“I first learned about the half (Op. 8) several years ago, and learned the rest of them in the following years,” Cho said. “I first presented them in their entirety at the beginning of the pandemic, and when I could first bring them back, it is the composer’s 150th year!”

According to Cho, the  history of music reveals no personality, no phenomenon, quite like Alexander Nikolayevich Scriabin, describing him as “a visionary who deserted the world of normal experience for that of the occult.”

“It would be no coincidence that he was born on Russian Christmas and died on Easter,” Cho said. “His music is as hot as fire and as cold as ice. I hope the audience enjoys the journey: Transformation from Chopinesque to Mysticism!”

Cho describes a portion of his program: “Evocative of Chopin (perhaps in particular his Études in slow tempos), the Étude in C sharp minor, Op. 2 No. 1, written when Scriabin was 15, is a brooding and masterful piece that foreshadows his genius. The closing Etude in D sharp minor, Op. 8 No. 12, is another long effort and features a powerful sense of yearning as if expressing some dire frustration or failure. Op. 42 No. 5, in C sharp minor, has a sinister character to its roiling bass, but a sense of passion to its agitated main theme. The alternate theme is lovely and contrasts well with its more-tempered Romanticism.”

Scriabin was interested in Friedrich Nietzsche's superhuman (Übermensch) theory, and later became interested in theosophy. Preoccupied with esoteric philosophy, he developed his own personal and abstract mysticism, which gave rise to the mystic chord and synesthesia. Scriabin developed a musical system based on color theory and started associating colors with various harmonic tones of his atonal scale.

Cho’s musical perception has drawn critical acclaim. Awarded Best American Contemporary Performance at the Cincinnati World Piano Competition and Best Performance of the Commissioned Work at the Texas State International Piano Competition, he enjoys broadening his passion for contemporary music. He has appeared as a soloist throughout the world, including appearances with the Prime Philharmonic of Korea, the Festival Chamber Orchestra of Lublin Philharmonic, The Ashdod Symphony Orchestra, and The Round Rock Symphony. His performance highlights include solo recitals at the Weill Recital Hall at Carnegie Hall, Yamaha Artist Services in Seoul, and the Kumho Art Hall. He is currently a full-time collaborative pianist at Midwestern State University Lamar D. Fain College of Fine Arts.