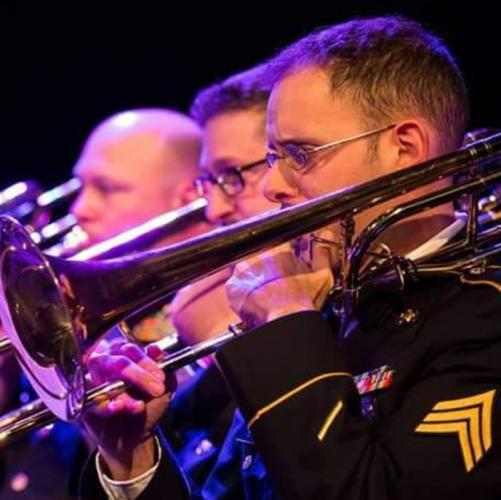 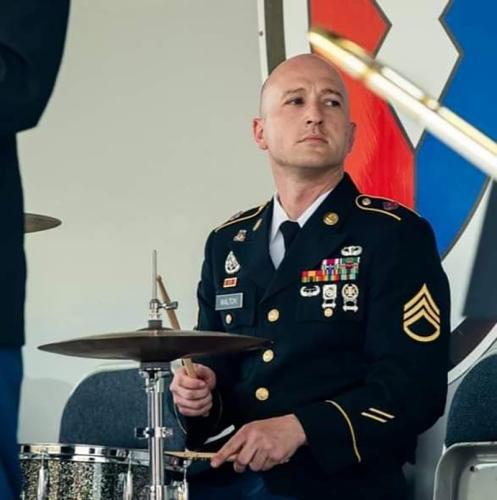 
NACOGDOCHES, Texas – Works for trombone and marimba will be featured in a guest recital performed by two members of the 77th U.S. Army Band at 7:30 p.m. Wednesday, Oct. 5, in Cole Concert Hall on the campus of Stephen F. Austin State University.

Stoby, an SFA graduate with a Bachelor of Music in trombone performance, studied with Dr. Deb Scott, professor of trombone. He joined the U.S. Army as a trombone player in 2009. While serving in the Army, Stoby has served as trombone section leader and brass quintet leader for Fort Sam Houston’s 323rd Army Band, Fort Riley’s 1st Infantry Division Band, and has recently assumed those positions with Fort Sill’s 77th Army Band. Stoby has led groups in performances and clinics in several states, including a performance at the Texas Music Educators Association (TMEA) annual convention as well as performances and a clinic at the Kansas Music Educators Association (KMEA) annual convention. In late 2019, Stoby led the 1st Infantry Division Brass Quintet on a holiday tour to bases and embassies in Iraq. The 1st Infantry Division Brass Quintet was the first NATO band to perform in Syria since World War II.

Walton, who is pursuing a doctorate in music from the University of Illinois, enlisted as a musician with the U.S. Army bands in 2012. He has served as a percussionist and arranger in several assignments, including the 8th Army Band at Camp Humphreys in South Korea, the Army Materiel Command Band at Redstone Arsenal in Alabama, the 82nd Airborne Division Band at Fort Bragg, and the 77th Army Band at Fort Sill. He has performed with diverse groups, both as a civilian and a soldier, including various orchestras, concert bands, drum corps, rock/pop bands, salsa groups, big bands and jazz combos and as a solo percussionist. He earned a bachelor’s degree in music education from Eastern Illinois University and a master’s degree in percussion performance from the University of Nevada, Las Vegas.