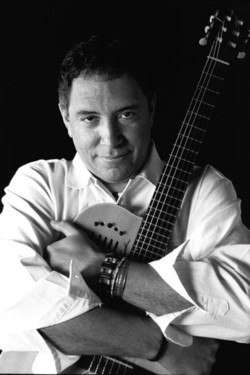 Stephen F. Austin State University will celebrate the launch of an Internet radio station with a performance by a well-known musician from Honduras at 7 p.m. Wednesday, Nov. 30, in the Baker Pattillo Student Center Theatre.

LaNana Link World Radio will present world music, which includes ethnic music not typically heard on "pop music" stations, along with educational programming targeted for SFA students and interested members of the Nacogdoches community, but will also be accessible to the general public anywhere there is an Internet connection. The station can be accessed at http://lananalink.sfasu.edu.

"In addition to programming world music, students will have the opportunity to research musical styles, artists and cultural traditions from different parts of the world and record their research as informative programs as part of course projects," said Dr. Jeana Paul-Urena, chair of SFA's Department of Modern Languages. "The creation of public programming in the target language is a wonderful, authentic and professional experience for our language students."

LaNana Link World Radio also will feature an interactive webpage and in the future will include audiovisual archives.

"Although we will program Spanish, French, German and Portuguese music representing the languages we currently teach, we also will have other world music hours," Paul-Urena said. "The radio station will be student run, allowing language students the opportunity to tape and edit their programming in the target language they are studying. It is really an exciting opportunity for them."

"Based in the lively Caribbean port of La Ceiba, Guillermo Anderson infuses Afro-Caribbean percussions with contemporary sounds, local rhythms, and folklore of Honduras' coastal regions," Paul-Urena explained. "Performances are spiced with the merging of Honduran Garífuna rhythms such as 'Parranda' and 'Punta' with better-known reggae, salsa and other Caribbean styles."

As an artist, Anderson has played an important role in bringing awareness to Honduras regarding issues like the protection of the environment, health and literacy.

"His song 'En Mi Pais' is already an alternative national anthem in Honduras," Paul-Urena said. "His concert and recording 'Para Los Chiquitos,' a recording aimed at familiarizing children with rainforest species in danger of extinction, gained him a wide children's audience in Honduras."

Anderson has gained wide recognition and acclaim through his concert performances in North, Central and South America, Europe, Taiwan, and Japan.