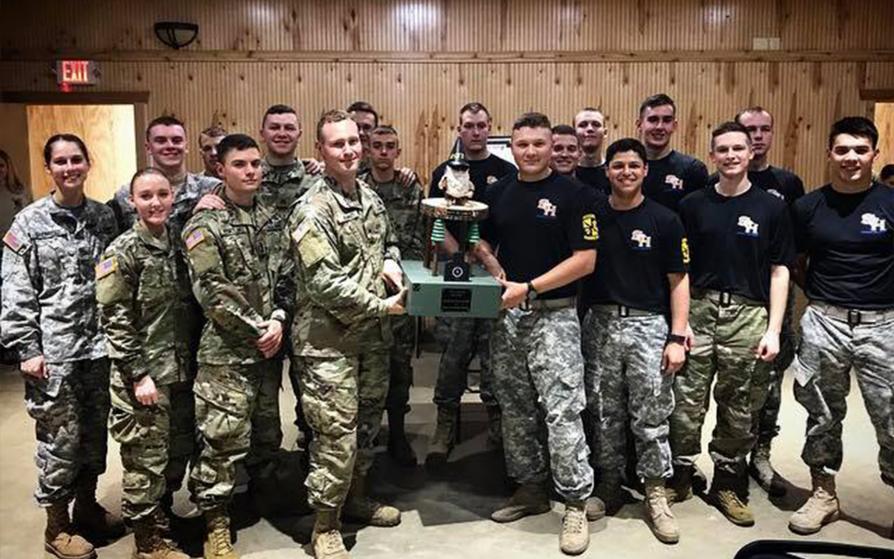 Every spring, the marksmanship team, which is made up of the best shots in the Lumberjack Battalion, trains for the Battle of the Piney Woods Shootout. During this popular event, SFA’s ROTC members compete against ROTC members from long-time rival Sam Houston State University in a series of three rifle marksmanship events. The competition tests each team member’s ability to safely and accurately shoot civilian-equivalent M4 rifles.

Eight members and two alternates comprise each marksmanship team. Membership on the team is highly coveted among Lumberjack Battalion members, and training for the Piney Woods Shootout provides all members with hands-on weapons training and teaches cadets shooting fundamentals and marksmanship skills.

Get job-smart in our online career center