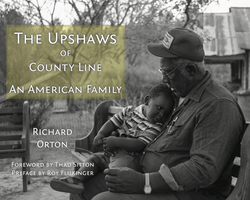 Book cover of "The Upshaws of County Line: An American Family"

NACOGDOCHES, Texas - Photographs of the Upshaw family of Nacogdoches County taken by Texas photographer Richard Orton are now in the form of a traveling exhibition to be shown in galleries, museums and community centers.

Orton's book "The Upshaws of County Line: An American Family" is a documentation of the community's history through photographs and oral histories of the families who lived there. Orton became acquainted with the Upshaw family, which had lived for decades in the northwest Nacogdoches County community of County Line, in the late 1980s and began taking photographs for this project, which evolved into a book that was published by the University of North Texas Press in 2014 after 25 years of preparation.

John Handley, director of art galleries at Stephen F. Austin State University, and Chris Talbot, director of the SFA School of Art, discussed the possibility of turning Orton's photo project into a traveling exhibition. After a number of art venues, including universities, expressed interest, the show was printed, framed and prepared for touring.

Three brothers, Guss, Felix and Jim Upshaw, and their families established County Line in the 1870s. What stimulated Orton's curiosity about County Line was how quickly emancipated slaves were able to own their own land, and, as a result, had the opportunity to live relatively autonomous, self-sufficient lives while raising their families in the time of Jim Crow.

"That is why I wanted to make photographs there and collect their oral history," Orton explained. "I was most fortunate to be allowed to do that.

"The story I tell in my book and through the photos is personal and universal," he said. "It's about the strength of family and community and the resilience of humankind. Because I am white, and the community is black, it speaks directly to the potential for black/white relationships. In County Line, I am on cultural turf not my own, which, in a different sense, is the common experience of black people in America."

Being in County Line, and being accepted there, gave Orton the opportunity to learn this family's story, and in telling that story, it became part of Orton's own, he said.

"The story I tell is the story of a white man given the opportunity to 'integrate' into a historical African American community (so to speak)," Orton said.

He does that through images captured through the camera lens and through the words of people born and raised there.

Orton, who is a native of Nacogdoches and returned to East Texas in 2007 after living and working in Austin for 36 years, is active on the boards of the SFA Friends of the Visual Arts and the African American Heritage Project in Nacogdoches County.

Aside from the Southwestern University venue, the exhibition will travel to Institute of Texan Cultures, Angelina College, Denton UNT Gallery on the Square, and the Lost Pines Art Center in Bastrop, to name a few. 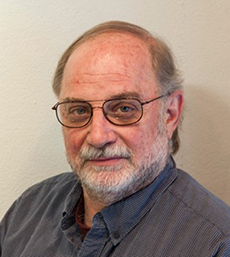