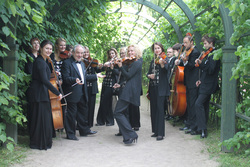 Russia's Chamber Orchestra Kremlin will perform at 7:30 p.m. Thursday, Oct. 16, in W.M. Turner Auditorium on the SFA campus as part of the College of Fine Arts' 2014-2015 University Series, "Connect."

"The orchestra performed here a few years ago and was very popular with our University Series patrons," said John W. Goodall, associate dean of the College of Fine Arts. "We are excited to present this program in this year's series. And, once again, the orchestra will perform an original composition written by our own Stephen Lias, professor of composition in the School of Music."

The program will feature Lias' composition "Pursued." In 2006, Lias entered the work in the Chamber Orchestra Kremlin's "Homage to Mozart" competition. It was selected as a finalist, and, as such, was performed during a concert in Moscow, which Lias attended. The orchestra also performed it the following year at Weill Recital Hall at Carnegie Hall in New York City. Since then, Lias has kept in touch with Misha Rachlevsky, the orchestra's music director, and when the ensemble came to SFA a few years ago, it premiered Lias' new string orchestra piece "Denali."

"Now that the orchestra is returning once again, it seems a perfect opportunity to present to the SFA community the original piece that brought us together - 'Pursued,'" Lias said.

The Louisiana Sinfonietta originally commissioned Lias to write the composition.

"This piece is a brooding, but energetic work in the style of the score to a Hitchcock film," he said. "Upon learning that the Chamber Orchestra Kremlin was coming to SFA again, I contacted Maestro Rachlevsky and was pleased to learn that he was already planning on playing a piece of mine. We agreed that this piece was the logical choice."

Founded in 1991, the orchestra, comprised of some of Russia's finest young string players, has carved a niche for itself under the creative baton of its founder and music director Rachlevsky. Many of the concerts the orchestra has performed to date were done in Moscow; the rest were on tours in 24 countries in Europe, North and South America and the Far East.

Prior to the concert, Lias will present a 7 p.m. informative talk in Griffith Gallery about the artists and their music. The gallery is located across the hall from Turner Auditorium. The audience is invited back to the gallery for a post-performance reception to meet the performers and to honor the event's corporate sponsor, BancorpSouth. 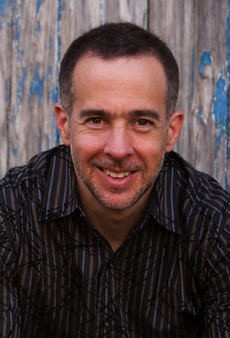