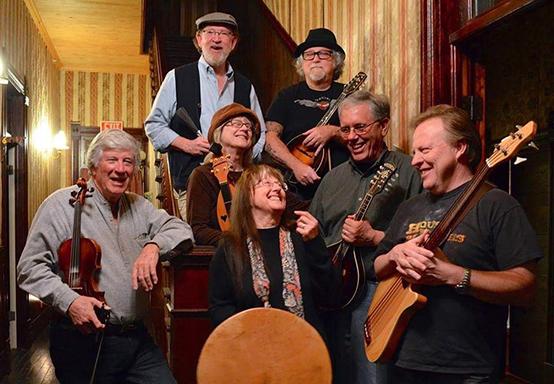 
NACOGDOCHES, Texas — The Stone Fort Museum on the campus of Stephen F. Austin State University will serve as the venue for a St. Patrick’s Day concert by local band El Camino Real de Nacogdoches from 2 to 3 p.m. Saturday, March 14.

“Live performances help us connect to our musical heritage in the same way that hands-on activities help learners connect to their studies in new ways,” said Carolyn Spears, curator of the Stone Fort Museum.

According to Spears, Irish settlers brought their traditions to Nacogdoches in the 19th century, with more than 3,000 Irish listed on the 1860 census.

“This concert will allow us to enjoy traditional music from Ireland, as well as music that celebrates the rich history of Texas,” Spears said.

El Camino Real de Nacogdoches formed in 2002. The band has played at a variety of art, theatrical and musical events associated with SFA. It also has been featured during Nacogdoches’ annual Blueberry Festival, Old-Time Christmases at Millard’s Crossing and The Pine Knot Music Co-op. In 2017, the band released it first CD, “Camino Real: The Nacogdoches Sessions.”

The concert is free and open to the public. The band will perform on the north lawn of the museum, weather permitting. Light refreshments will be served and include traditional Irish treats.