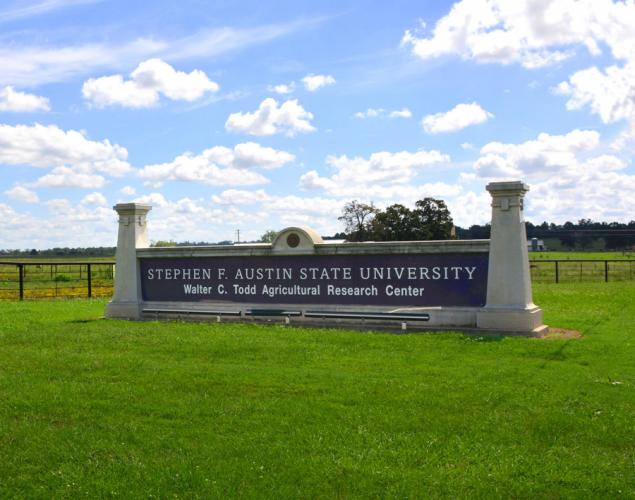 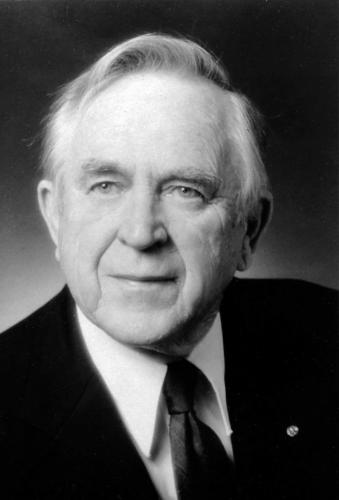 
NACOGDOCHES, Texas — Although this year marks the 50th anniversary of Stephen F. Austin State University’s Walter C. Todd Agricultural Research Center, the legacy of agricultural research at SFA extends back to the very origin of the university’s founding in 1923.

Walking through the modern SFA campus, the last thing one might expect to hear is the lowing of cattle and clucking of chickens, but in 1932 these pastoral vocalizations were simply the melodies that defined the northeast section of campus.

“One of the best kept secrets is why the Ag Pond is called the Ag Pond,” said Dr. Dale Perritt, referring to the pond located next to Homer Bryce Stadium. “That’s where the dairy and beef cattle came and watered.”

Perritt, SFA professor emeritus of agriculture, explained Wilson Drive actually ended in a gate that opened to pastureland and farm facilities encompassing 163 acres devoted to beef cattle and poultry, as well as fruit and vegetable production.

In a 1932 report to the Board of Regents, SFA President Dr. Alton Birdwell noted, “The farm is in a splendid state of cultivation, and the agriculture department thinks that it will be self-supporting, and that it will furnish laboratory equipment for the students of that subject.”

A second 203-acre farm was located on Highway 21 East, and according to a 1950 SFA Department of Agriculture bulletin, it housed the department’s dairy, swine, pasture plots and field crops.

The facilities, technology and research have undoubtedly evolved during the past 96 years, but the importance of students gaining real-world experience at a fully functioning farm has remained the same.

“That’s our biggest advantage of the farm,” said Dr. Joey Bray, chair of the SFA Department of Agriculture. “Our students get to actually put their hands on animals, work with the animals and apply their knowledge.”

As enrollment at SFA grew, so did the need for more land to accommodate the expanding campus. Thus, the decision was made to move the on-campus farm to an off-campus location.

SFA’s Agriculture Research Center began in 1969 when roughly 274 acres was purchased approximately 10 miles north of campus on Highway 59. The 1980s saw the expansion of farm acreage, as well as the construction of the swine and poultry research centers.

“He would be very humbled and grateful to know that he was honored in that way,” said Cliff Todd, SFA agriculture alumnus and son of the late Walter C. Todd, who passed away in 1997. “He loved SFA.”

Bray said that over time the department has worked to develop a strong relationship with local producers and the community, and the facilities at the research center play an integral role.

Through the research center, the department offers equine boarding, as well as heifer and bull development programs. The swine and goat center provides livestock to local 4H participants, and each year the community is welcomed to the facility for Breakfast on the Farm, a family-friendly, educational event. Additionally, hundreds of high school students from across the region descend upon the research center for the department’s annual College Experience Day.

“More acreage would allow us to do more specific types of production on different parts of the farm,” Bray said.

The agricultural research center also facilitates valuable research collaboration among other programs within SFA’s Arthur Temple College of Forestry and Agriculture. For example, SFA’s Division of Environmental Science has conducted a number of studies with the goal of reducing farming’s environmental impacts, and the forestry program is currently developing a silvopasture research plot to build upon the growing body of research regarding the production of timber and livestock in an intensively managed and ecologically beneficial system.

“I am a big supporter of what the faculty are accomplishing out at the farm,” said Todd. “It makes us proud to know that our future agricultural students will be benefiting from the facility for years to come.”

For more information on the Walter C. Todd Agricultural Research Center, as well as programs offered by the SFA Department of Agriculture, visit ag.sfasu.edu.