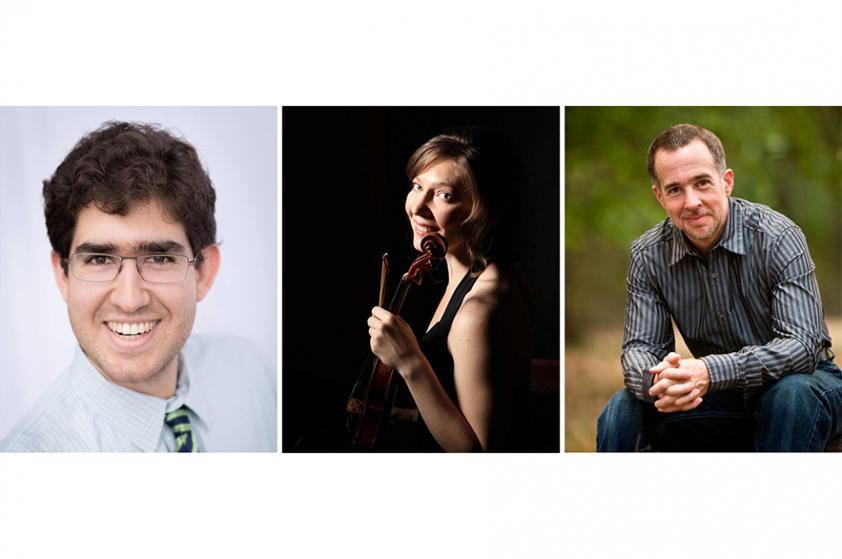 
NACOGDOCHES, Texas – The Stephen F. Austin State University School of Music and the Friends of Music Concert Series will present members of the Texas New Music Ensemble performing at 6 p.m. Thursday, Feb. 21, in Cole Concert Hall on the SFA campus.

The Houston-based ensemble’s program will focus solely on music written by composers who live and work in Texas, according to Chad Robinson, the ensemble’s artistic director and founder.

The nonprofit Texas New Music Ensemble is “dedicated to the enrichment of Texas communities through the performance of contemporary art music created by Texas composers and performed by Texas musicians,” according to its website at https://tnme.org.

Among the works to be showcased is “Whitewater,” composed by Dr. Stephen Lias, professor of composition in the SFA School of Music.

Of his piece, Lias says, “Although I had no extra-musical idea in mind while writing this challenging piano solo, after finishing it, it seemed to evoke the many states of running water – from serene flowing brooks, to foaming rivers rushing over boulders.”

Other works on the program, to be performed by Joanna Becker, violin, and Andrew Schneider, piano, include “Souvenir D’une Fee” by Mei-Fang Lin; “Rhapsody for Violin and Piano” by Peter Lieuwen; the world premiere of Dmitri Shostakovitch’s “Songs by Captain Lebyadkin,” with arrangement by Yevgeniy Sharlat; and Robinson’s own “Violin Sonata.”

In addition to its Nacogdoches concert, the ensemble will perform in Arlington, Dallas and North Richland Hills on this spring’s Texas tour. This is the second consecutive year for the ensemble to perform at SFA.