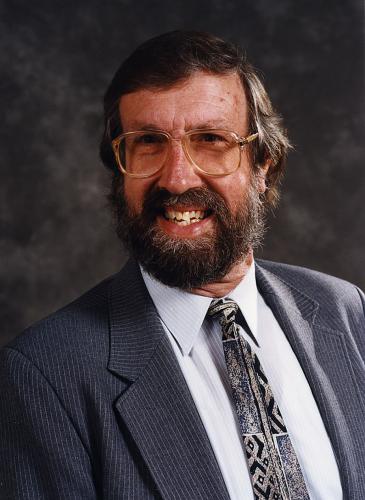 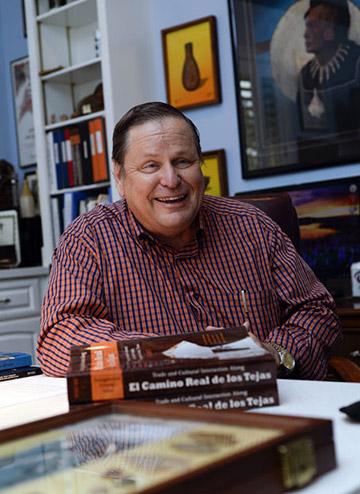 The award recognizes Corbin for his lifetime contributions to our understanding of the history of Nacogdoches County and his landmark research on the el Camino Real de los Tejas. Former SFA professor of anthropology and Regents Professor from 1999-2000, Corbin’s interest in Spanish and Native American pathways through Eastern Texas led to the identification, and ultimately the preservation, of significant portions of the el Camino Real de los Tejas. Corbin also served as director of the Stone Fort Museum from 1979 to 2004.

In 1996, Corbin’s research was translated into the exhibit “Traversing the Wilderness: el Camino Real de los Tejas in Eastern Texas” at the Stone Fort Museum, which garnered national and state awards for excellence in interpretation.

Corbin was named a fellow of the Texas Archeological Society in 1994 and was posthumously awarded the Curtis D. Tunnell Lifetime Achievement Award in Archeology by the Texas Historical Commission, the highest archeological honor awarded by the commission.

Corbin died Nov. 26, 2004. Throughout his long and distinguished career, he made lasting contributions to the understanding of Texas history. He also trained many students who advanced to careers in archeology.

The Stone Fort Museum also recognizes Middlebrook with its Heritage Preservation Award for his work in preserving the archeological record of Eastern Texas and for promoting an understanding of our shared cultural heritage through avocational archaeology.

Middlebrook has founded, supported and led the East Texas Archeological Society, the Nacogdoches County Historical Association and the Nacogdoches County Historical Commission. He has helped search for Native American and European archeological sites, and completed excavations at Caddo Indian and Spanish colonial sites in downtown Nacogdoches. Middlebrook has contributed to numerous reports and publications, both in local and statewide journals.

He has contributed significant work to identifying and securing the Bernardo D’Ortolon Rancho and Raphael D’Ortolon sites. His dedication to avocational archeology and education provided access to primary materials critical to illuminating the African-American experience in Nacogdoches County.

Middlebrook has received numerous awards and honors, including being named the 2005 fellow of the Texas Archeological Society. In 2015, he was the sixth Texan to receive the Society of American Archeology’s Crabtree Award, which recognizes outstanding avocational archeologists.