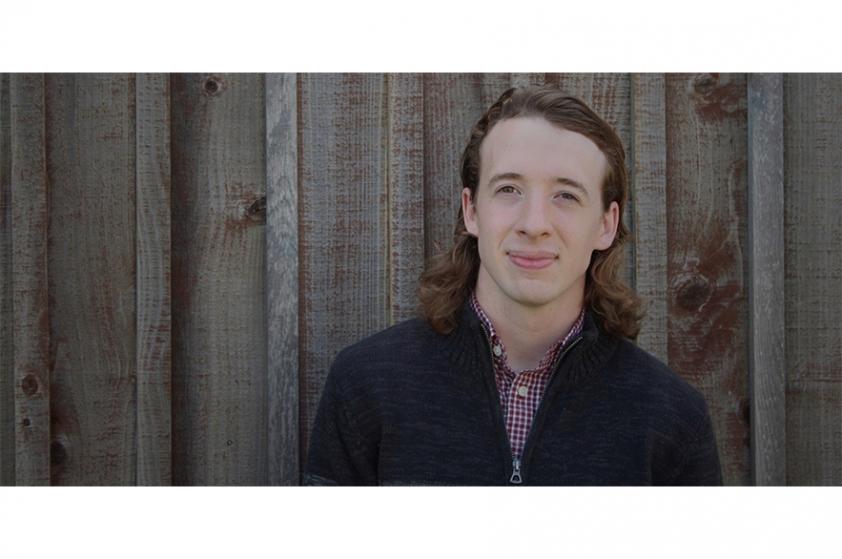 For the third year, The Philadelphia Youth Orchestra (PYO) conducted a nationwide search to name the three winners in the PYO Young Composers Competition. Edwards, a Tyler senior, earned second place for his piece “Saturday Afternoon.” This recent recognition adds to the ever-growing list of accolades Edwards has amassed.

“It’s an honor to be recognized by such an amazing ensemble,” Edwards said. “It’s especially exciting for me to be able to share my music with a youth orchestra – the next generation of great musicians.”

Edwards studies with Dr. Stephen Lias, professor of composition at SFA, who described Edwards’ most recent honor as “well-deserved.”

“Jesse is one of those students I never have to push because his hunger for personal and creative growth is so strong,” Lias said. “He has really helped hold the bar high for his colleagues.

“Composers build their reputation by winning competitions,” he added. “The earlier in their career they start doing this, the better for them. So having this on his resume will give Jesse considerable credibility and gravitas as he seeks commissions and applies to graduate programs.”

“Saturday Afternoon” was inspired by one of Edwards’ visits to New York City.

“When my wife lived in New York City, before we were married, I would go up to visit as much as I could,” he said. “We never had very much time together – sometimes just a weekend – so it became a sort of challenge to see how many things we could fit in a day. ‘Saturday Afternoon’ follows the adventures of one such day on a weekend trip during the winter of 2016.”

An internationally performed composer of rising acclaim, Edwards’ newest work, “Mint Chic,” was recently performed at the Alba International Music Festival, in Alba, Italy, by SOLI Chamber Ensemble. Edwards has worked with SFA’s Orchestra of the Pines, Starks Sound, and film director Adam Rothstein to create what has been noted as "accessible," “well spoken," and "straightforward" by Italian composer/educator Ferdinando Nazzaro. His music has been performed by the Lemberg Sinfonietta (Lviv, Ukraine), the Phoenix Ensemble (Ukraine), the Hobart Wind Symphony (Tasmania) and by high school and university choirs and bands throughout East Texas.

Lias noted that SFA’s reputation as an institution that provides a quality fine arts education bodes well for the university as it recruits art, music and theatre students.

“The fact that SFA can attract students of Jesse’s quality and nurture their development in a way that bears fruit like this is a testament to the entire College of Fine Arts,” Lias said. “Jesse has collaborated with both the theatre and art programs scoring plays and movies and has spent a semester studying abroad at our partner institution in Hobart, Australia. Although Jesse would have succeeded anywhere, SFA has been an excellent fit and provided him exactly the opportunities he needed to grow into the composer he is today.”

Following graduation in May, Edwards plans to pursue a master’s degree in music composition.

“I’m just looking forward to even more future opportunities like this one that allow me to spread a little more joy and beauty in a world that needs it,” he said.