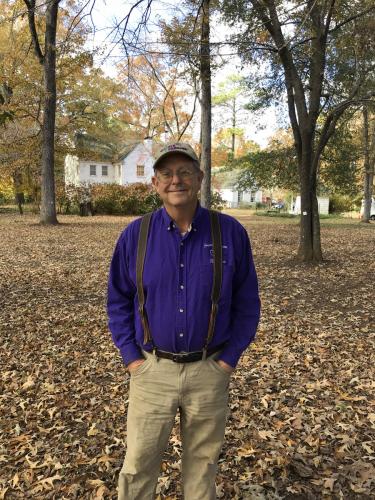 Creech has been at SFA since 1978. He received his bachelor’s and doctoral degrees in horticulture from Texas A&M University and a master’s degree in horticulture from Colorado State University. Following a long teaching career, Creech retired in 2007 and returned to direct SFA Gardens in a part-time position.

His areas of interest include fruit and vegetable research, ornamental evaluation, endangered plants, salinity studies, woody tree and shrub evaluation, and investigating the potential of kiwifruit as a specialty crop for Texas. He has authored numerous scholarly and trade articles, and he lectures widely.

Creech has accumulated a long list of international work since 1981 in Pakistan, Guatemala, Mexico, Nepal, Israel and China. In the last 20 years, he has undertaken over 25 consultancies in China working with the Blueberry Improvement Program and Taxodium Improvement Program at the Nanjing Botanical Garden, as well as connecting with the new plants arena in the China nursery and landscape industry. He is an advocate of increasing forest cover and smart use of land and plant resources.

Parking is available at the PNPC and Raguet Elementary School, located at 2428 Raguet St.