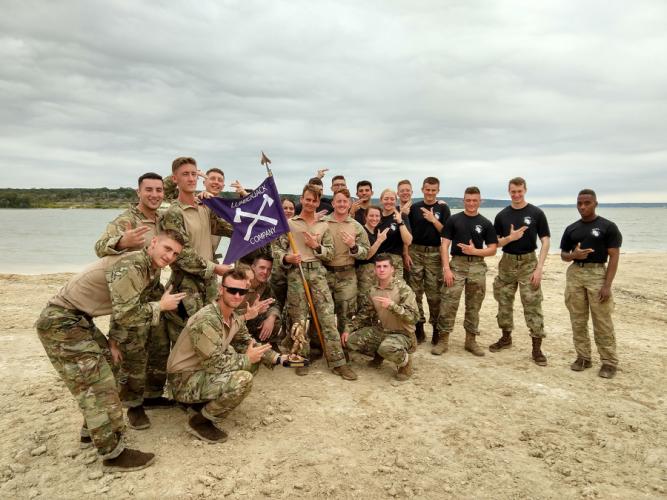 This is the first time in the program’s history SFA won the challenge. Two teams from SFA competed against programs from other universities, including Sam Houston State University, Baylor University, Texas Christian University and the University of North Texas.

For Cadet Evan McCord, a junior who served as the team’s pace setter throughout the competition, winning it was an incredible experience.

“This competition is our outlet to show others what the SFA ROTC battalion is truly about,” McCord said. “With overwhelming support from cadre and others inside and outside the program, it felt incredible not only to place but also win the top spot and show our supporters their encouragement meant everything to us.”

SFA’s cadre worked with the teams to ensure the cadets were ready and prepared for the challenges. Cadets completed a rigorous physical training plan designed to help them be their best at this year’s competition. They also trained for the challenges they would have to complete at the competition, including tactical combat casualty care, orienteering, handgun stress shoot and zodiac boat operations.

SFA’s teams practiced together daily, which according to McCord, strengthened their unity and helped push them to success.

“We know each other’s strengths and weaknesses and fill in the gaps for one another accordingly. There is never any arguing between us because we know who has the final call, and we trust one another’s judgment to accomplish the mission,” McCord said.