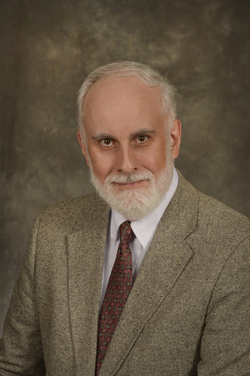 NACOGDOCHES, Texas - Dr. Kenneth Farrish, the Hiram and Gloria Arnold Distinguished Professor of Forestry and director of the Division of Environmental Science at Stephen F. Austin State University, will present "Intestines of the Earth" at the upcoming Regents Lecture.

Farrish, the 2016-17 Regents Professor, will deliver the address at 5:30 p.m. Thursday, April 27, in the Math Building, Room 101, on the SFA campus. Refreshments will be served, and there is no admission charge. The Phi Eta Sigma induction ceremony will follow the lecture.

Reserved for exemplary university role models, the title of Regents Professor is the highest honor SFA bestows upon members of the faculty and is held for one academic year.

Farrish's address will provide an overview of the field of soil science with a focus on a surprisingly important group of soil-dwelling animals.

"I am extremely grateful for this honor and to be a member of SFA's highly dedicated and talented faculty," Farrish said.

An SFA faculty member since 1996, Farrish earned his bachelor's and master's degrees in forestry from Michigan Technological University in 1977 and 1981, respectively. He received his doctoral degree from the University of Minnesota in 1985.

This is the 12th in a series of lectures delivered by SFA Regents Professors. The SFA Office of the Provost and the University Lecture Series Committee sponsor the series.