SFA Press in national spotlight for book published in 2016 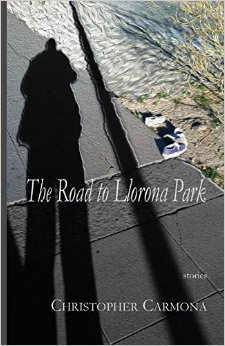 NACOGDOCHES, Texas -The recent Stephen F. Austin State University Press publication "The Road to Llorona Park" by Christopher Carmona has received two major accolades. NBC News nominated the book as one of the eight great Latino books published in 2016, and the National Association for Chicana and Chicano Studies awarded it the NACCS Tejas Fiction Book Award, which annually recognizes an outstanding work of fiction related to the Mexican-American experience in Texas.

"The Road to Llorona Park" is a collection of short fiction that focuses on the borderlands of the Rio Grande Valley in southern Texas. Each story focuses on a young, Central-American refugee's experience with the socio-political agenda of the United States, the political unrest in Mexico and the effects those have on people living on either side of the border.

"The SFA Press has established a national profile with a number of award-winning publications. The press not only demonstrates the academic quality of the university, but also provides hands-on training opportunities for our students," Murphy said. "Kim Verhines has nurtured a start-up enterprise into a crown jewel in a short time span."

The awards given to "The Road to Llorona Park" are the latest in a growing number of accolades SFA Press has received, including the International Book Award for Military History, the Nebraska Book Award for Anthology, the Goodreads top 30 African-American authors, the Midwest Authors Book Award and a runner-up for the Paterson Poetry Prize.