Grant to be inducted into SFA Band Directors' Hall of Fame 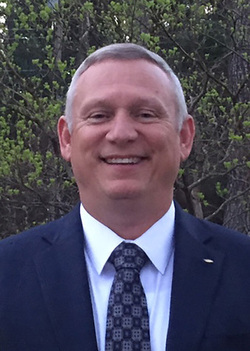 NACOGDOCHES, Texas - The Stephen F. Austin State University School of Music has announced that SFA alumnus Doice Grant, owner of Tatum Music Company and a former band director, is the newest inductee into the SFA Band Directors' Hall of Fame.

The ceremony will take place during this year's Concert in the Park, which gets underway at 2 p.m. Sunday, April 30, on the lawn along Vista Drive and in front of the Wright Music Building on the SFA campus.

Grant earned a Bachelor of Fine Arts from SFA in 1982. While attending the university, he was treasurer and president of Kappa Kappa Psi honorary band fraternity. Under his leadership as president, the chapter won the Founder's Award designating it as the outstanding chapter in the nation. Grant was also selected the "Outstanding Bandsman" of the Lumberjack Marching Band. Grant was a member of Pi Kappa Lambda National Music Honor Society and Alpha Chi National College Honor Society. As a KKY active and officer, Grant helped form the SFA Band Alumni Association and the SFA Band Directors' Hall of Fame.

"His contributions toward forming both of these entities makes the presentation this year all the more meaningful," said Fred J. Allen, director of bands at SFA.

Grant was the director of the middle school band in Carthage from 1983-1985, during which time the band won sweepstakes awards each of those years. He went on to direct the Center High School Band from 1985-1993, where his bands also received the sweepstakes award each year. The Center band was a three-time honor band finalist and two-time winner of the Outstanding Band in their class at the National Association of Military Marching Bands (NAMMB) contest held at Texas A&M University. Grant served as the NAMMB president for two years, as the SFA Band Alumni Association president, and the TMEA Region 21 chairman. Grant was selected as a member of Phi Beta Mu International Bandmasters Fraternity in 1992.

Grant is currently the owner of Tatum Music Company in both Longview and Tyler, working for the last 23 years with bands in the East Texas just as his father, Neil Grant, did before him. Many of these bands have gone on to experience great success.

Grant and his wife, Beth, reside in Longview while their daughter, Rachel, is earning her music education degree at SFA and their son, Levi, completes his junior year at Longview High School. He said he is grateful for the wonderful students he's had the opportunity to mentor over the years.

"You have blessed me with the gift of music for the last 35 years," he said.

Concert in the Park admission is free. For more information, call the School of Music band office at (936) 468-4702 or visit www.finearts.sfasu.edu.