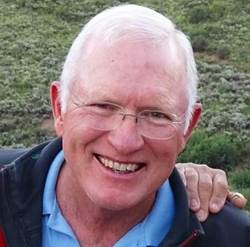 Eugene Mitch Weatherly, a 1970 graduate of Stephen F. Austin State University, was inducted into the U.S. Army Cadet Command Reserve Officer Training Hall of Fame for his exceptional accomplishment as a leader in business. He retired in 2007 as executive vice president of store operations for Pier 1 Imports.

Weatherly, who retired in 2007 as the executive vice president of store operations for Pier 1 Imports, is one of only a handful of cadets to receive this honor. He is a Nacogdoches County native and current resident of Kerrville.

"I am both immensely honored and humbled to be inducted into the U.S. Army ROTC Hall of Fame," Weatherly said. "Throughout the past 100 years, 600,000 cadets have been commissioned through ROTC and only 323 chosen for the Hall of Fame-a sitting Supreme Court justice, a Medal of Honor recipient, hundreds of distinguished Army generals and a few business leaders like me. One could not help but feel greatly honored and humbled."

According to information provided by Lt. Col. Paul Pfeiffer, chair of the SFA Department of Military Science, Weatherly was a member of the SFA Lumberjack Cadet Battalion. He graduated as a distinguished military graduate from SFA's historic first commissioning class of 1970.

Upon being commissioned as an infantry officer, Weatherly received flight commander training and became a helicopter pilot. He served for one year in Vietnam in 1971 where he was assigned to an assault helicopter company in Can Tho, Vietnam, and flew missions in the Mekong River Delta region of Vietnam and Cambodia. He was on active duty in the Army for a total of three years-one in various military schools, one year in Vietnam and one year as a member of the 1st Calvary Division at Fort Hood, Texas.

Weatherly was ultimately inducted into the ROTC Hall of Fame for his exceptional accomplishment as a leader in business, Pfeiffer said. As executive vice president for Pier 1 Imports, he oversaw operations of all 1,200 Pier 1 Import stores in the U.S. and Canada, which employed more than 20,000 employees.

"SFA gave me a view of the world and what could be if I applied myself," Weatherly said. "My SFA education was the foundation of the success I achieved. The basic economic principles I learned in my economic major combined with the leadership training I received from ROTC set the stage for my military and business success." 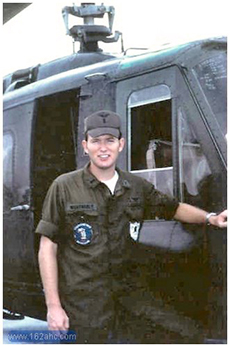 1st Lt. Mitch Weatherly was a member of the SFA Lumberjack Cadet Battalion and was among SFA's historic first commissioning class of 1970. He served for one year in Vietnam and was assigned to an assault helicopter company. He is pictured at Can Tho Army Airfield in 1971.