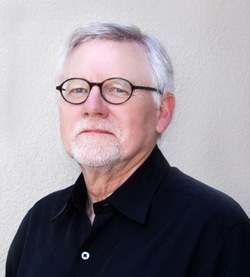 The Woodrow Wilson Visiting Fellow will present "Centennial of the National Park Service" at 7 p.m. Monday, Oct. 5, in the Baker Pattillo Student Center Grand Ballroom. Admission is free and open to the public.

Pitcaithley said it is a tremendous honor to visit SFA as a Woodrow Wilson Visiting Fellow. "There are dozens and dozens of visiting fellows the university could have selected," he said. "To spend a week in Nacogdoches interacting with students, faculty, administrators and the public is something I look forward to with great anticipation."

Students who attend the public address Monday will be entered into a drawing to have lunch with Pitcaithley at noon Tuesday, Oct. 6, at SFA's Culinary Café. Five students will be selected and their names announced following Pitcaithley's presentation Monday night.

"Given the importance of SFA's Arthur Temple College of Forestry and Agriculture, SFA's public history program and Nacogdoches being the oldest town in Texas, Dr. Pitcaithley is a terrific fit for both the university and community at large," Cooper said. "Given the wealth of historical markers, monuments and museums in our city, he will feel very much at home in Nacogdoches."

"The National Park Service is much different from what it was at its formation in 1916, not only in size (presently more than 400 parks), but also in congressionally added programs that reach out into every community in the nation," Pitcaithley said. "These so-called community or preservation programs are immensely important to our society and yet are often not well-known or appreciated."

Pitcaithley has devoted his life to public history and the preservation of national parks. He began his career 750 feet underground working at Carlsbad Caverns National Park in New Mexico; however, he soon surfaced to become the National Park System's chief historian for 10 years. As chief historian, he was responsible for the management and preservation of the country's most-beloved national resources.

"Participating in the restoration and interpretation of the Statue of Liberty and Ellis Island during the 1980s was a highlight of my career, as I was able to work with the leading immigration and ethnic scholars in the country as they embraced their roles as public historians," he said.

Pitcaithley also was an advocate for high-quality interpretive programs based on current historical scholarship.

"Working on the interpretive exhibits and films for the new information center at Gettysburg National Military Park and interacting with the nation's most respected Civil War historians was both educational and exciting," he said. "The National Park Service is an educational organization, so enhancing the interpretive infrastructure of the agency was immensely rewarding."

Pitcaithley served as president of the National Council for Public History in 1998 and on the editorial boards of The Public Historian and The Journal of American History. He also has published numerous articles and chapters pertaining to public memory, the role of historic sites in public education and the public interpretation of the causes of the Civil War.

In addition to the doctoral degree he earned from Texas Tech University in 1976, Pitcaithley received an Honorary Doctorate of Laws degree from the University of North Carolina in 2011. He is a professor at New Mexico State University and has presented papers in Europe, the United Kingdom, New Zealand and universities throughout the U.S.

"Dr. Pitcaithley has given presentations and lectured around the country," Cooper said. "He will, no doubt, give a wonderful public address that people of all walks of life and ages can relate to. The creation and protection of national parks is something the broader public cares about."

Throughout his 30-year career, Pitcaithley has received numerous awards and honors for his work, including the Robert Kelley Memorial Award for the National Council on Public History, the Sequoia Award from the NPS's Interpretation and Education Program, and the James Madison Prize from The Society for History in the Federal Government.

Woodrow Wilson Fellow Kathleen Kennedy Townsend visited the SFA campus in 2013 through the program that has brought prominent artists, diplomats, journalists and business leaders to campuses across the U.S. for more than 35 years. Through a weeklong residential program of classes, seminars, workshops, lectures and informal discussions, the fellows create better understanding and new connections between the academic and nonacademic worlds.