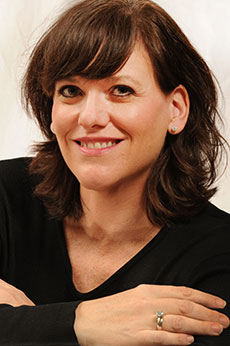 NACOGDOCHES, Texas - The Stephen F. Austin State University College of Fine Arts and School of Music will present Deb Scott, professor of trombone at SFA, in a concert at 7:30 p.m. Tuesday, Oct. 7, in Cole Concert Hall on the SFA campus.

Scott's performance, part of the Cole Performing Arts Series, will feature varying music styles, randing from a Baroque suite of dances to a jazz composition.

A unique aspect of the program will be the performance of "Tabloid" by Grafton, Ohio, composer Clarence Barber that will be narrated by Gary Wurtz, professor of trumpet at SFA.

"This piece is for solo trombone and narrator," Scott said. "Articles from that day's Nacogdoches Daily Sentinel will be read by Dr. Wurtz while the trombone provides background music. Movements will include articles from headline news, regional news and sports, as well as comics."

Written as a remembrance of Nightingale's father who passed away after losing his fight against cancer, "Turning Back the Clock" will be dedicated to the memory of Dale Davis, Scott's father. Eight SFA trombone students will perform the jazz accompaniment, including sophomore Samuel Carlson of Fort Worth, senior Ashley Colgrove of Mesquite, senior Megan Massarello of Houston, junior Sam McBroom of Richardson, senior Daniel Ramos of Fort Worth, senior Dwight Watson of Lavon, senior John Wells of Kilgore and junior Nathan Wise of Kirbyville.