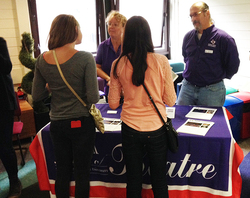 NACOGDOCHES, Texas - The Stephen F. Austin State University School of Theatre has been accepted to perform in the 2015 International Collegiate Theatre Festival in Edinburgh, Scotland.

During a two-week trip to Edinburgh next August, the School of Theatre will produce two new plays, including "Hate Mail" by SFA playwright-in-residence Jack Heifner and the student-written "Mom and Dad" by Nick Pinelli and Allison Day. Pinelli, The Woodlands senior, and Day, San Antonio senior, wrote the play as an honors project for their class with Heifner.

Angela Bacarisse, professor of theatre at SFA, will direct both plays. The SFA improvisational troupe Improv Strikes Back will also perform at the festival.

"This will give our students a great opportunity to be seen on the international stage," Bacarisse said.

In addition to acting in two new shows, SFA students will house manage, run the light and soundboards and stage manage for their performances. Students will get experience touring shows at an international festival and learn organizational skills while being exposed to art, music, theatre and dance from around the world, Bacarisse said.

Bacarisse traveled to Scotland this past summer to scout out the festival and recruit at the American High School College Fair. She will recruit again when she takes the theatre students to Edinburgh next year.

"The city is alive with art everywhere," Bacarisse said.

In addition to performances, three special events are planned for the SFA students, according to Bacarisse, including an all-day tour of Stirling Castle and the national forest, a Cailleigh (pronounced kay-lee), described as "an evening of Scottish dance and culture," and the Royal Edinburgh Military Tattoo at Edinburgh Castle, which Bacarisse described as "completely overwhelming" when she attended it last August.

"It was astounding - hundreds of bagpipers and drummers marching in kilts and formation," she said, "followed by military bands from Trinidad and Tobago (the only military marching steel drum band in the world), Zulu warriors, and groups from several other countries that have had ties to Scotland."

The School of Theatre is looking for people who may want to help sponsor students and pay for trip expenses or participate in the trip.

The trip is open to community members who may want to experience the festivals and go along to support student performers.

"We have specific performances that we have to be at, and we ask that community members support our shows," she said. "But other than that, people are free to explore the city at their leisure. With five festivals going on while we are there, there is plenty to see and do.

"This trip has been described by many students as 'life changing,' and I understand that sentiment," Bacarrise said. "I met with faculty who were participating for the first time and others who were on their second trip. They felt that every minute is valuable for the students."

For information on accompanying the students, contact Bacarisse at abacarisse@sfasu.edu or (936) 468-1126. Tax-exempt donations can be made at sfasu.edu/giving by clicking on the "give online" tab and writing "Scotland trip" for special instructions. 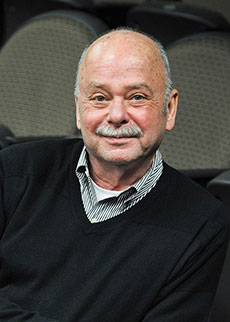 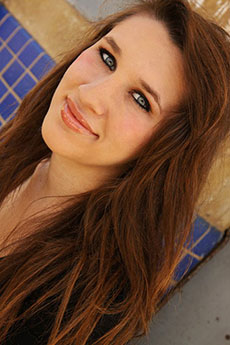 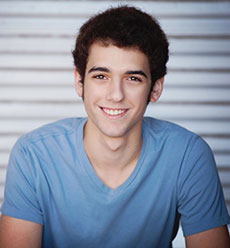