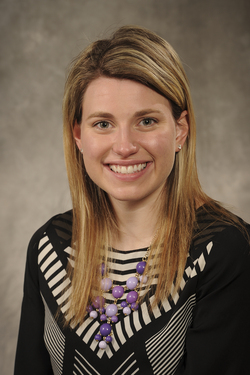 NACOGDOCHES, Texas - Kelsey Brown of Flower Mound has been appointed by Gov. Rick Perry to serve as student regent for Stephen F. Austin State University during the 2014-15 academic year.

Brown received a bachelor's degree in history from SFA in May 2014 and is currently a graduate student in the Department of History.

"I wanted the opportunity to continue developing my leadership skills while serving the university I love," Brown said. "As student regent, I will be able to use what I've learned in my various roles to assist the board in making important decisions."

As an undergraduate, she served on the SFA Traditions Council from 2012 to 2014 and served as a history tutor in the Academic Assistance and Resource Center. Brown also was an officer of Phi Alpha Theta history honor society, a member of the School of Honors and president of Gamma Kappa Omega service sorority.

"I think it is important to be visible and available to the student body. It is all about letting the students know there is someone who genuinely cares about their diverse interests and is able to accurately relay their opinions to the administration," she said.

Brown will receive training for her new role as student regent in July. Her first official duty will be participating in the quarterly meeting of the SFA Board of Regents July 28-29.