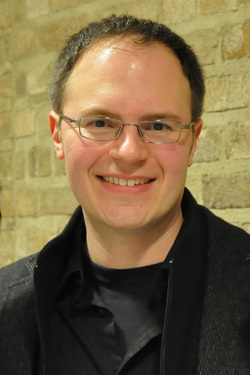 NACOGDOCHES, TEXAS - The Stephen F. Austin State University College of Fine Arts and School of Music will present the Wind Symphony and Symphonic Band performing the music of composer Steven Bryant in a concert at 7:30 p.m. Tuesday, Oct. 22, in W.M. Turner Auditorium on the SFA campus.

Under the direction of Tamey Anglley, assistant director of bands, the Symphonic Band will open the concert with "Riders for the Flag" march by John Philip Sousa. The band will then perform two pieces by guest composer Bryant.

The first piece is "Bloom," which is a celebration of springtime, and the second piece, "The Machine Awakes," is for band and electronics.

"Not generally used in the wind band genre, the electronics add the sound of something not human waking for the first time," Bryant explained.

The Symphonic Band will close its half of the concert with "Masque" by Francis McBeth, who was Bryant's first composition professor. "Masque" was commissioned by University of Central Arkansas and was premiered in 1968.

The Wind Symphony, under the direction of David Campo, associate director of bands at SFA, will perform two of Bryant's works: "First Light" and "Paean" (Chant and Triumph). Of "First Light," Bryant says, "The title 'First Light' refers to the arrival of dawn - the transformation of darkness into light. In particular, it is shaped by my experience of dawn in the mountains surrounding Lake Garda in northern Italy."

"Paean" was commissioned in memory of Ernest and Donald Caneva by their family and friends and pays tribute to the men and their years of accomplishments as bandleaders, Bryant said. The fanfare "Triumph" forms the second of two works in the set, while "Chant" developed from a visit to Francis McBeth, Bryant's mentor and first composition teacher.

"This music celebrates and is dedicated to the mentors and teachers who have shaped and inspired us," according to Bryant.

Bryant composes music across a variety of media and ensembles, ranging from electronic and electro-acoustic works, to chamber music, to works for wind ensembles and orchestras. His music has been performed by numerous ensembles across North America, Europe and East Asia.

Bryant will be composer in residence prior to the concert to work with both ensembles in final preparations for the concert.

This performance of the Wind Symphony and Symphonic Band is part of the School of Music's Concert Series.