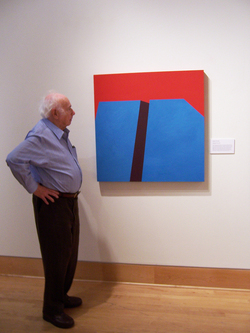 Now in its 19th year on the national scene, "Texas National" is open to all artists living and working in the United States. This year's exhibition features work by 87 artists from 30 states. Showing in Cole Art Center at the same is "Patrick Graham - Thirty Years: The Silence Becomes the Painting," which includes pieces from Graham's recently critically acclaimed U.S. museum tour curated by Selz.

"Texas National 2013" is being exhibited in Ledbetter Gallery, while the Graham exhibition is on display in Reavley Gallery. Both shows run through Saturday, June 8.