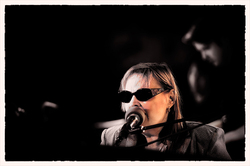 Her performance at SFA is part of the College of Fine Arts' 2013-2014 University Series, "Live Out Loud." Nicknamed Deedles, Schuur has been praised and criticized as an artist who walks a tightrope between jazz and pop.

"Serious jazz lovers will not want to miss this concert," said Dr. John W. Goodall, associate dean of the College of Fine Arts. "Ms. Schuur has long been regarded as one of contemporary jazz's leading vocalists. In a recording career that spans nearly three decades - and includes two Grammy Awards and three Grammy nominations - Schuur's music has explored nearly every corner of the 20th century American musical landscape."

A longtime disciple of Dinah Washington and other legendary jazz singers of the 1940s and '50s, vocalist/pianist Schuur has built a stellar career by embracing not only the jazz of her parents' generation, but also the pop music of her own youth during the late 1950s and '60s.

Schuur has collaborated with such greats as the Count Basie Orchestra, Ray Charles, B.B. King and trumpeter Maynard Ferguson, and she has performed with José Feliciano at the Vancouver Wine & Jazz Festival. She has been invited to perform at The White House on multiple occasions and continues to tour and perform at major concert halls and venues around the world. Her albums spotlight the music of many genres, from George and Ira Gershwin to Irving Berlin, Sammy Cahn, Rogers and Hammerstein and more. She is currently preparing to record a tribute to two of her mentors, Frank Sinatra and Stan Getz, which will be released in 2014.

Prior to the concert, there will be a 7 p.m. informative talk about the artist and her music presented by Dr. Deb Scott, associate professor of trombone and jazz studies, in Griffith Gallery, which is located across the hall from Turner Auditorium. The audience is invited back to the gallery for a post-performance reception to honor the event's corporate sponsor, Nacogdoches Medical Center.