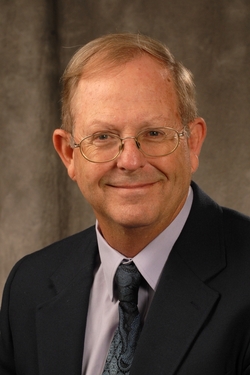 Dr. David Creech, professor emeritus in the Arthur Temple College of Forestry and Agriculture, will present "Why Daniel Burnham was right when he said, 'Make no little plans; they have no magic to stir men's blood.'"

Creech has been on the SFA faculty since 1978 and is director and founder of the SFA Mast Arboretum, Ruby Mize Azalea Garden and Gayla Mize Garden. He is co-director of the Pineywoods Native Plant Center and was named SFA Regents Professor for the 2006-07 academic year.

Creech received his bachelor's and doctoral degrees from Texas A&M University and his master's degree from Colorado State. His research efforts have focused on blueberry germplasm and production studies, alternative crops and technology, crop nutrition, and evaluation of new plant materials for the South. He and his wife Janet are both active gardeners and love to travel.

The Theresa and Les Reeves Lecture Series is normally held the third Thursday of each month at the Arthur Temple College of Forestry and Agriculture's SFA Mast Arboretum. However, due to the Christmas break, the lecture is being held the second Thursday in December. A rare plant raffle will be held after the program. The lecture is free and open to the public, but donations to the Theresa and Les Reeves Lecture Series fund always are appreciated.