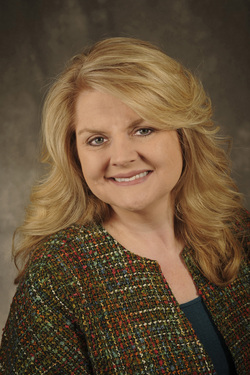 The Stephen F. Austin State University Board of Regents on Monday appointed Shirley Luna as executive director of marketing and public affairs.

NACOGDOCHES, Texas - The Stephen F. Austin State University Board of Regents on Monday appointed an executive director of marketing and public affairs to lead the university's strategic marketing efforts.

Shirley Luna, former associate director of SFA's Office of Public Affairs, will now serve in the executive director position. Luna was appointed to fill the position on an interim basis in July 2011. She holds bachelor's and master's degrees in communication from SFA and currently is pursuing her doctorate in educational leadership at the university. Luna previously worked as a freelance writer and as a newspaper reporter.

Also among the staff appointments approved by the Regents Monday was former SFA quarterback Jeremy Moses, who was hired as a new assistant football coach for the Lumberjacks. A two-time All American, Moses was named the 2010 Walter Payton Player of the Year, becoming the first Southland Conference athlete to receive the honor in the award's history.

A two-time Southland Conference Player of the Year and the 2010 SLC Offensive Player of the Year, Moses led SFA to a 9-3 record and the university's second consecutive conference title, guiding the Lumberjacks through a historical season that was capped by a return trip to the NCAA FCS Playoffs.

Regents approved the appointment of Robbie Goodrich, longtime reporter and editor at the Nacogdoches Daily Sentinel, who was named director of arts information in the College of Fine Arts. In her role at SFA, Goodrich is responsible for promoting performances, exhibits and other special events for the art, music and theatre schools.

The Board of Regents also approved faculty appointments within all six academic colleges. New faculty members in the Nelson Rusche College of Business include Justin Blount and Kyle Post, assistant professors of business communications and legal studies; H. Banker Phares, senior lecturer of economics and finance; and Nikki Shoemaker, instructor of accounting.

Five clinical instructors of nursing were appointed in the Richard and Lucille DeWitt School of Nursing housed in the College of Sciences and Mathematics. They include Angel Brewer, Debra McCarthy, Marcia Nelson, David Smith and Katy Trotty. Volha Minich was appointed lecturer of biology in the college.

The following changes of status were approved in the Perkins College of Education: Cyndra Krogen-Morton, from adjunct faculty member to visiting lecturer of kinesiology and health science; and Raquel Skidmore, from administrative assistant to academic adviser.

Changes of status within the College of Liberal and Applied Arts include Julie Brotzen, from adjunct faculty member to lecturer of psychology; and Michael Martin, from associate professor of English to associate professor and director of the division of multidisciplinary program.

Other changes of status at SFA include the following: