SFA School of Music to honor David Lambert at Extravaganza 24 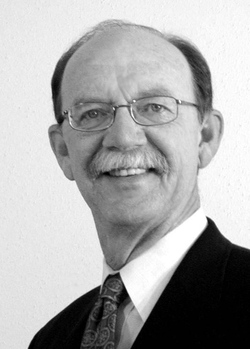 David Lambert will be honored as the Outstanding Music Alumnus by the Stephen F. Austin State University School of Music during the Friends of Music's annual Extravaganza, which begins at 6:30 p.m. Friday, April 29, at the Hotel Fredonia Convention Center.

NACOGDOCHES, TEXAS - The Stephen F. Austin State University School of Music will honor David Lee Lambert with the Outstanding Music Alumnus Award on Friday, April 29, during Extravaganza 24. The annual gala banquet, held at the Hotel Fredonia Convention Center, is sponsored by the SFA Friends of Music.

Lambert, who served 33 years as a music educator, earned two degrees from SFA. He received his Bachelor of Music in 1971 and his Master of Arts with a concentration in music theory and composition in 1973. He studied percussion and band methods with Mel Montgomery and composition with Dr. Richard A. Coolidge.

In 1985, he became the director of fine arts for the FBISD and held that position until he retired in 2004. During his tenure, the district's bands and orchestras were recognized with three honor performances at the Texas Music Educators Association's conference and received 15 invitations to perform at the Midwest Clinic in Chicago.

Lambert, who is an active adjudicator, clinician and consultant, served as the president for the Texas Music Adjudicators Association from 2009 to 2011. He serves as the executive secretary for Region 17 of the University Interscholastic League and holds the same position in the Texas chapter of Phi Beta Mu, the international bandmasters fraternity.

More than 200 people are expected for this year's Extravaganza, "Shining Stars," which features gourmet dining, performances by student soloists and ensembles, and the presentation of student awards.

Gary Wurtz, SFA associate professor of trumpet, will serve as the master of ceremonies for this year's event.