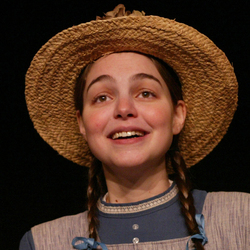 NACOGDOCHES, TEXAS - East Texas parents and teachers can still make reservations for their children and students to see "Anne of Green Gables" at 9:30 a.m. and 12:30 p.m. Wednesday, Feb. 9, in W.M. Turner Auditorium on the campus of Stephen F. Austin State University. The event is a presentation of the Stephen F. Austin State University College of Fine Arts' Children's Performing Arts Series.

"The story, which celebrates the power of imagination and the importance of love and trust, is enhanced by a rich musical score, beautiful period costumes and imaginative sets," Flynn continued.

Since its founding in 1985, ArtsPower has grown into one of the premiere producers of professional equity theatre for young and family audiences, the second largest in the United States. Its 19 professional touring productions have been seen by nearly seven million people in 43 states, in some of the nation's top cultural centers.

Seats are still available for both the 9:30 and 12:30 shows. Flynn encourages teachers and parents to call and place their orders now since seating is assigned on the basis of when payment is received.