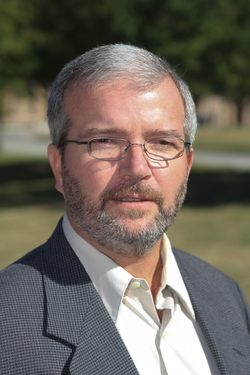 The upcoming Stephen F. Austin State University Regents Lecture by Dr. Hans Williams, associate dean of the Arthur Temple College of Forestry and Agriculture, will focus on the life cycle of trees.

Williams, who earned the Regents Professor designation from SFA in 2010-11, will deliver this year's address, "The Amazing Life Cycle of Trees."

"I never cease to be amazed at how trees can begin their life as an embryo, often no bigger than the head of a pin, to become one of the largest and longest-lived organisms," Williams said. "I share this wonderment with many.

"Although we understand much about how trees actually achieve such a majestic stature, there is much that remains a mystery to the learned and the layman."

The lecture will begin at 5:30 p.m. Wednesday, Dec. 7, in the Baker Pattillo Student Center, Regents Suite A, on the SFA campus. Refreshments will be served, and there is no admission charge.

Williams joined the SFA faculty in 1993 as an assistant professor of forestry and was promoted to associate professor and awarded tenure in 1999. Since 2003, he has held the highest academic rank of professor, teaching undergraduate and graduate courses in forest ecology, tree physiology, environmental assessment, urban forestry and wetlands functional assessment.

Prior to his service at SFA, Williams was employed as a wetlands ecologist for the U.S. Army Corp of Engineers Waterways Experiment Station in Vicksburg, Miss., where he conducted research in woody plant flood tolerance and wetland reforestation.

The professor was named a finalist for the SFA Foundation Achievement Award in 1996, 1998 and 2006. Other honors include: the Temple College of Forestry and Agriculture Teaching Excellence Award in 1998, 2002 and 2005; the Kenneth Nelson Distinguished Professorship in 2004; and three performance commendations from the Department of the Army in 1991, 1992 and 1993.

This is the sixth in a series of lectures delivered by SFA Regents Professors. The series is sponsored by the SFA Office of the Provost and the University Lecture Series Committee.