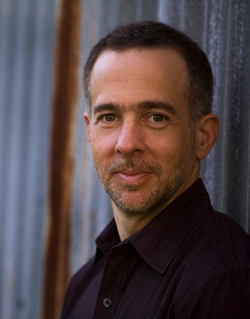 Dr. Stephen Lias will be honored as the Outstanding Music Alumnus by the Stephen F. Austin State University School of Music during the Friends of Music's annual Extravaganza, which begins at 6:30 p.m. Friday, April 30, at the Hotel Fredonia Convention Center. Photo provided by Portraits by Cole

Dr. John Noel Roberts, director of the SFA School of Music, will highlight the SFA professor's accomplishments, and the SFA Wind Symphony, under the direction of David W. Campo, will present Lias' "Ebullience."

Lias' compositions have been performed in concerts and recitals throughout the United States and abroad by ensembles such as The Louisiana Sifonietta, NYU New Music Ensemble and Chamber Orchestra Kremlin. His chamber works are regularly premiered at regional and national conferences.

He was selected as the 2003 Commissioned Composer for the Texas Music Teachers Association and has received an ASCAPlus Award from the American Society of Composers, Authors and Publishers each year since 1999.

In 2006, Lias was honored as a finalist in the Chamber Orchestra Kremlin's "Homage to Mozart" composition contest, and his winning piece, "Pursued," was performed in Moscow and at Weill Recital Hall at Carnegie Hall.

Lias is also active in the area of theatrical incidental music and has served for 11 years as composer and music director at the Texas Shakespeare Festival in Kilgore.

In recent years, Lias has become more and more focused on being an adventure composer. Compositions such as "On the High Chisos," "Prince William Sound," "River Runner" and "Kings Canyon" are the result of his combing his love for kayaking and hiking with composing. As a 2010 artist-in-residence for Rocky Mountain National Park, he will write a new trumpet sonata based on locations and experiences in the park.

Lias serves on both the Texas and national boards of the National Association of Composers/USA, is the Texas delegate to the International Society of Contemporary Music and is on the editorial board of World New Music Magazine.

Roberts said more than 200 people are expected for this year's Extravaganza, "Dancing with the Stars," which features gourmet dining, performances by student soloists and ensembles, and the presentation of student awards.

SFA Director of Bands Fred Allen and Dr. David W. Campo, associate director of bands, will serve as the masters of ceremonies for this year's event.