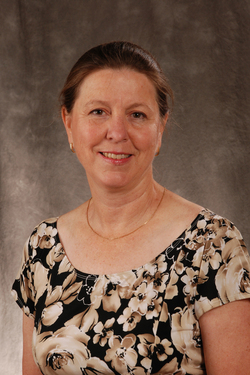 Dr. Judy A. Abbott has been named dean of the James I. Perkins College of Education at Stephen F. Austin State University and will join the faculty Aug. 1, pending approval by the Board of Regents.

Abbott currently is the assistant dean of the College of Human Resources and Education at West Virginia University in Morgantown, W.Va., where she has been part of the faculty since 1995. Abbott also served as director of the Office of Teacher Education at WVU from 2006 to 2009.

"I am extremely pleased to welcome Dr. Abbott as the newest academic dean at Stephen F. Austin State University," said SFA President Baker Pattillo. "Her wealth of experience as a public school teacher, as well as a professor, director and assistant dean at the university level, makes her an excellent choice to lead the James I. Perkins College of Education."

She worked as an elementary teacher in the San Antonio Independent School District from 1986 to1990, teaching in fifth grade as well as the district's alternative remedial program. She later served as an assistant instructor of language and literary studies within the Department of Curriculum and Instruction at UT Austin before joining the WVU faculty as an assistant professor of literacy studies.

Abbott was promoted to associate professor of literary studies in 2001 and named assistant dean of WVU in 2006. Her responsibilities as assistant dean include assessment, accreditation and analysis, enhancing the teacher education experience for students, and supporting professional development initiatives for public school personnel.