Broadway star to sing in benefit concert at SFA 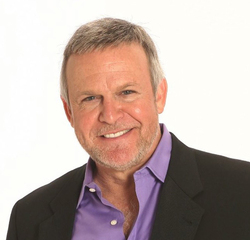 Broadway artist Ron Raines will sing songs from the stage and screen during "Broadway, Movies & Classics," a benefit concert with the SFA Orchestra of the Pines, at 7 p.m. Friday, Oct. 22, in W.M. Turner Auditorium on the SFA campus.

NACOGDOCHES, TEXAS - Ron Raines, one of America's leading Broadway artists and Nacogdoches native, will be the featured vocalist in "Broadway, Movies & Classics," a benefit concert with the Stephen F. Austin State University's Orchestra of the Pines at 7 p.m. Friday, Oct. 22, in W.M. Turner Auditorium on the SFA campus. All proceeds benefit the Strings Scholarship Fund at SFA.

The veteran performer will sing Broadway favorites such as "Some Enchanted Evening" from "South Pacific," "Luck Be a Lady Tonight" from "Guys and Dolls," "Rain in Spain" from "My Fair Lady," and "The Impossible Dream" from "Man of La Mancha."

Additionally, the orchestra will play songs such as "Raiders March" from the Indiana Jones films and "Tara's Theme" from "Gone with the Wind."

Gene H. Moon, director of orchestral activities at SFA and the Orchestra of the Pines' conductor, encourages all to come enjoy the evening of favorites from the silver screen, Broadway and more.

A graduate of Nacogdoches High School, Raines appeared on Broadway in the 1983 revival of "Show Boat," the 1988 production of "Teddy and Alice" and as Billy Flynn in the long running 2002 revival of "Chicago." He also appeared in productions of "The Unsinkable Molly Brown," "South Pacific," "Annie," "Kiss Me Kate," "Can-Can," "The King and I," "Brigadoon," "Carousel," "Follies," "Guys and Dolls," "A Little Night Music," "Kismet," "Man of La Mancha" and "Oklahoma!"

His opera credits include "The Merry Widow," "Naughty Marietta," "Rose Marie," "The Gypsy Princess," "The Desert Song," "The New Moon" and "Die Fledermaus."

Raines is perhaps best known for his role as Alan Spaulding on "Guiding Light" from 1994 until the show was canceled in 2009. He received three Emmy nominations for his portrayal.

"Broadway, Movies & Classics" is a joint presentation of the SFA School of Music and Friends of Music.