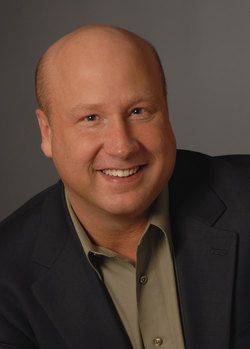 This summer, he is cast in Moisés Kauffman's "Gross Indecency: The Three Trials of Oscar Wilde," a "highly theatrical story of one of history's greatest playwrights," according to the Cortland Repertory Theatre's Web site.

Last summer, Kennedy starred as Col. Nathan R. Jessup in Cortland's critically acclaimed presentation of "A Few Good Men." This year, he plays several different characters in the drama about Oscar Wilde that is based on trial transcripts, personal correspondence and interviews.

Portraying four different characters presents Kennedy with an interesting set of challenges. Since the costuming is minimal and his role changes occur quickly-often right on stage-he must clearly define each character through voice and a unique physical presence.

Kennedy, who primarily teaches acting and theatre speech at SFA, says maintaining his own skills as an actor is important. "Plus, the connections I am able to make are useful to our SFA students. This past January, Kerby Thompson, Cortland's producing artistic director, came to SFA to hold auditions and present an auditioning workshop. This was a fantastic opportunity for our students who do not have easy access to the professional theatre world."

Kennedy joined the SFA faculty in 2005. He received his Master of Fine Arts in theatre from the University of Texas and then moved to New York where he worked steadily as an actor for several years. New York credits include "Romeo and Juliet," "The Foreigner," "Catfish, Guns and Corndogs," "Peter and the Wolf, " "'Tis Pity She's a Whore" and "Murder at Mincing Manor."

He has also performed at Creede Repertory Theatre in Colorado, Jobsite Theater in Tampa Bay and the Asolo Theatre Company in Sarasota, Fla. Kennedy studied Shakespeare with Sir Peter Hall and with Shakespeare and Company in Lenox, Mass.

"Gross Indecency" opens at the Edward Jones Playhouse at the Pavilion on Little York Lake on Wednesday, Aug. 5, and runs through Saturday, Aug. 15.