SFA bands to present 'An Evening with Mark Camphouse' 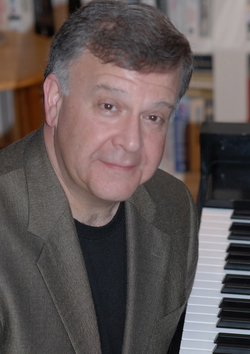 Mark Camphouse will be the guest conductor during "An Evening with Mark Camphouse," a joint concert of the SFA Wind Symphony and Symphonic Band at 7:30 p.m. Tuesday, Oct. 13, in W.M. Turner Auditorium.

NACOGDCHES, TEXAS - Mark Camphouse, professor of music at George Mason University, will be the featured composer and conductor during the joint concert of the Stephen F. Austin State University Wind Symphony and Symphonic Band at 7:30 p.m. Tuesday, Oct. 13, in W.M. Turner Auditorium.

The program includes Camphouse directing the Wind Symphony in performing his own "Symphonic Fanfare" and "A Movement for Rosa," which is a tribute to Rosa Parks.

Camphouse will also direct the Symphonic Band in its presentation of his "In Memoriam" and Pavel Tschesnokoff's "Salvation is Created." Brett A. Richardson, the Symphonic Band's director, will conduct Ralph Vaughan Williams' "Sea Songs" and Malcolm Arnold's "Peterloo Overture."

Camphouse began composing at an early age; he was only 17 when the Colorado Philharmonic premiered his "First Symphony." His works for wind band have received widespread critical acclaim and are performed frequently throughout the United States and abroad.

The Illinois native received his bachelor's and master's degrees in music from Northwestern University. He is an elected member of the American Bandmasters Association and serves as conductor of the National Band Association's Young Mentor Project.

Before accepting the position at George Mason University, he was a professor of music and director of bands at Radford University in Virginia.